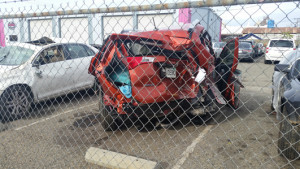 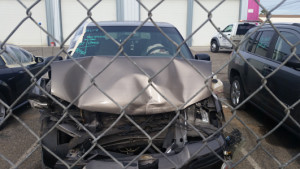 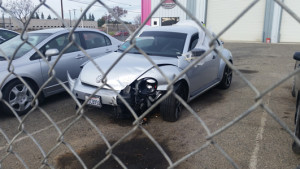 The goal of our 5 Star Driver videos is to help families be the best drivers on the road today. When parents watch the video series with their young drivers they become better teachers and their kids become skilled drivers. Case in point, look at these wiped out car photos I took recently while on a driving lesson with a 16 year old student. We drove by a auto body shop that I go by on a weekly basis with students and this was the new collection of crashed vehicles from the previous New Years Holiday weekend. I had the student pull over and we got out to look and take pictures. The young driver was shocked how bad the damage was and wondered if lives were lost. As I have blogged about before being a so called “licensed driver” means nothing. Most people pass it off that wrecks are because of drunk drivers or speeding or distracted driving but those are easy excuses. I blog about how they are shoving self driving cars down our throats. Wake up public! Part of Making America Great Again is putting better more skilled drivers on the road so the auto body shops and ambulance companies and chiropractors and lawyers don’t benefit everyday from this type of carnage. 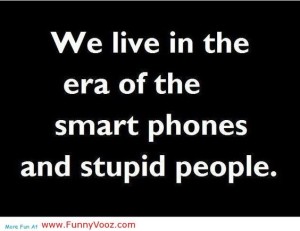 The link below is a story blaming the tech use in our cars on the uptick in traffic deaths for the first six months of 2016. Yes the narcissistic use of electronic devices while driving has become an epidemic in the U.S. but wait there’s more to the story. The lack of true knowledge and skill as it relates to driving has diminished in the last 20 years. At the same time the millennial generation is getting in the car with tunnel vision issues like no other generation before. The 8 to 15 hours a day spent looking at some type of screen coupled with the lack of physical activity throughout their childhood creates a tunnel visioned driver with bad reflexes. As a licensed driving instructor I am getting 3 out of 10 students in the car who say they have never ridden a bicycle in their entire lives. This is a real hindrance to driving as no natural scanning or right of way issues have been developed. They lack a proper knowledge of knowing where trouble can come from while at the same time not scanning properly to even see it in time. Add the mind numbed drivers all around us that have their eyes down while texting, Facebook posting or face timing while driving and it adds a more dangerous statistic to driving in our modern era than drunk drivers. F.Y.I. the drunkards are still out there. From my perspective being in a car teaching 8 hours a day I see more grown women on their phones and devices more than anyone else. I had a student recently share with me that it really irked him that both his parents text constantly while driving, saying they admonish him “don’t do this we have been driving for years”. Well this instructor of real skills driving techniques had to address this so when I was done for the day I texted the mother and shared her son’s frustration and said that in this arena walking the walk is the best teacher. To her credit she thanked me for the correspondence and admitted fault and said she would discuss the situation with her husband. 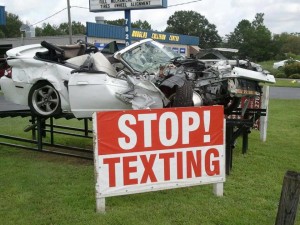 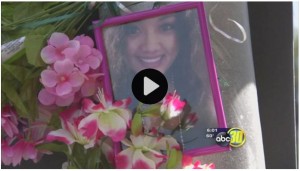